Once in a lifetime a technology comes along that changes everything.
Predrilling Virtual Logging ®.
Its Less Boring with Adrok ®.

Our scanner works with a unique combination of physics, mathematics and technical innovation.

Dr Colin Stove, the founder and inspiration behind the Adrok ADR Scanner, had a distinguished career in the field of radar – working with radar sensors from both satellites and the Space Shuttle, as well as working extensively with ground penetrating radar.

This fundamental understanding of wave and light physics gave him the insight and knowledge he needed to successfully reinvent the subsurface scanner using an advanced ‘coherent’ beam (two waves working together), that has worked so effectively, it is fundamentally changing the way the exploration industry works.

The first three letters of our name A. D. R. stand for ‘Atomic Dielectric Resonance’. And this phrase is the key to how the scanner works. This is what we create and what we interpret. We measure ‘dielectric resonance’, which is the unique way materials resonate when hit by electromagnetic waves.

How does the scanner do what other scanners can’t?

The Adrok scanner transmits and then receives back, narrow pulsed beams of micro and radio waves. When these waves cross a boundary between material types, an ‘echo’ is reflected back to the scanner.

But the ‘echo’ that is received is different to the one that was sent out. It has a slightly different resonance. Why? Because a material has its own Dielectric Permittivity – or ‘resistance’ to the electromagnetic wave that we hit it with - think of it like pouring water on a variety of household objects - all will absorb and repel the water in a different and unique way depending on what it is made of.

This ‘echo’ is as unique as a fingerprint, and can then be analyzed to reveal detailed information on the characteristics of the material that has been discovered.

Because the micro and radio waves are both absorbed and reflected by materials, we can also obtain accurate measurements of the shape and depth of the materials scanned (effectively a map). 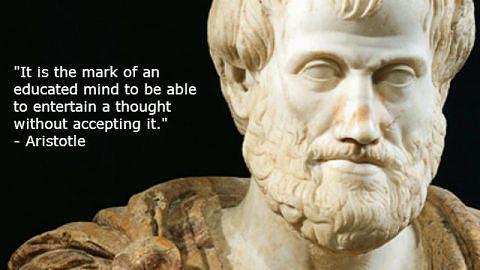 Some frequently asked questions about our technologies?

Q: Do we emit a narrow beam as a laser?

A: No, as our deeply penetrating centre frequency has a wavelength of about 30metres the narrowest possible beam would be about 10 times wider than the wavelength because of Huygens' principle. However we do use beam modelling (a form of raytracing) in our analysis and some forward models.

Q: With a wavelength of 30m don't we have an error of 30m in feature localization?

A: This is true if we used a single photon. If N photons are used the theoretical error is 30m/sqrt(N). Classically we use phase information to accurately locate a reflector. In practice accuracy is limited by sampling rate, and not the theoretical limit as N is of course very large.

A: Maxwell's equations govern electromagnetic phenomena in vacuum only. To model propagation in materials such as the earth a specific model of the electrical properties of the earth has to be created and then coupled to the Maxwell equations. Such models are phenomenological and usually have several parameters that are difficult to measure in-situ.

Q: Can't we just measure the electromagnetic properties of rocks in the lab and then use that in a forward model for subsurface propagation?

A: When material is removed from the ground atmospheric contamination (mainly moisture) changes the electrical properties, so these values are not the in-situ values governing propagation. Apparently Erwin Schrödinger, one of the founders of Quantum Mechanics, measured such changes for his thesis and found the resistivity can change by many orders of magnitude. As a consequence the attenuation of the EM waves in the ground as predicted by ground model parameters obtained in the lab from rock samples often displays strong attenuation, whereas field measurements show wave propagation with much less attenuation. We have performed in-situ measurements of attenuation at selected locations and found that when in-situ experimental data is used the attenuation is several orders of magnitude less than predicted by “book” values. Details can be found in SEG2014 conference paper (Doel et al, 2014) and CSIT2018 peer-reviewed journal paper (Doel & Stove, 2018).

Q: Why do some geophysicists say that this technology does not work?

A: Cognitive biases and uncertainty (incomplete understanding) may be at play. Have you asked them whether they have tested or used our technology before? The likelihood is that they have not bothered; which clearly does not mean that our technology does not work or will not be successful. There are many geophysicists with vested interests in the geoscience industries who become nervous about competition and do not like new ideas or new technology generated by others, as it may adversely affect their own positions and reputations.

As Sir Arthur Charles Clarke stated - Every revolutionary idea — in science, politics, art, or whatever — seems to evoke three stages of reaction. They may be summed up by the phrases:

Opportunities are found where the speed of scientific and technological innovations outpace the rate of Humans' adaptability to change.